This year we all had the wonderful chance to travel to Londonfor some days. So with this short report we want to say something about our amazing journey.

On Sunday, the 22nd of March 2015 our trip startedü About 7 pm all students of our English course GN13 sat in the coach, which would bring us from Schneeberg to the big city of London. Everybody was full of anticipation and the excitement was growing, but our project week before London prepared us very well.

Monday, 23/03/2015
After a sleepless night we arrived in Calais. There we took the ferry to Dover and then we went by bus to Canterbury. This is a wonderful city where we had the chance visit the impressive Canterbury Cathedral and to go shopping or eat something.
Some hours later, at 2 pm we left Canterbury in direction to London, Hounslow. In Hounslow we checked-in at the IBIS Budget Hotel. There we all fell in a sleepy way of life (Dornrüschenschlaf).

Tuesday, 24/03/2015
The day started with a strenuous but quite tasty breakfast. In the morning we had a guided tour (the guideüs name was Robin) through London city.
So we were shown interesting places and a lot of information about the busy metropolitan area.
Afterwards we had the chance to walk through the world of rich and beauty people. Right, we speak about the Madame Tussauds. There we met Julia Roberts, Captain America, Robert Pattinson and some more.
After visiting Madame Tussauds we had leisure time. Some of us took a flight by London Eye, went shopping or had üall you can eatü in Chinatown.

Wednesday, 25/03/2015
Oxford was calling! After having arrives 3 guides showed us the University City. There a lot of famous people like Emma Watson, Mr Bean and Steven Hawking studied. We also saw places where the Harry Potter movies were filmed and where the author of Alice in Wonderland found his inspiration. In the afternoon we had free time to discover the city. Our lunch we had in a typical English diner, Cheeseburger with French fries, fish and chips or baked beans. 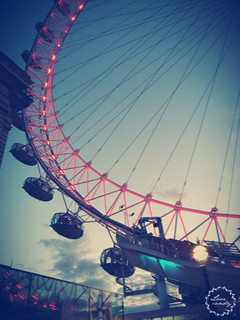 Thursday, 26/03/2015
Our last day in London started and the heaven was so sad that it rained. Most of our girls had problems to close their luggage because there were so many things which we had shopped at the Oxford Street. Later we took the underground from Hounslow Central to Tower Hill for the last time. There some of us visited the great Tower of London and the other group Shakespeareüs Globe Theatre. 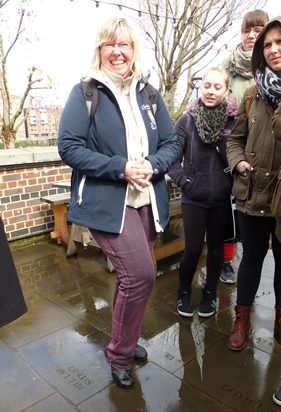 This building showed us the theatre of Shakespeareüs time. We learned that in old London it was forbidden to wear purple because it was the colour from the queen. So we would have lost Mrs. Weiü because she wore purple trousers.

Afterwards we had time to work on our own for our second subject. For example we went to the science museum, visited Buckingham Palace or explored the Meridian Line in Greenwich.

Our last hours in London! All of us had to say Goodbye to this beautiful city. At 7:30pm we started the journey back home. This time we took the Euro Channel from Dover to Calais.


Friday, 27/03/2015
Tired, shattered and spent but filled with wonderful memories, we arrived at Schneeberg. Summarized, we can say it was a very impressive time. The trip was a "learning by doing" experience and so we could improve our English skills. Also we had a lot of fun and saw the real London.

A time we will never forget.